Hey…whats going on world? It has been a long and busy weekend for me!

Friday was pretty relaxing, plus I still wasn’t feeling too well. My honey and I got the movie “This is Forty” from Redbox and it was HILARIOUS!!!! It was totally us except the roles were reversed! Then I got Netflix and stayed up until 2am watching stuff! It may have been a bad idea.

Saturday was a blast..until it wasn’t. HA! We had plans to do A LOT of things that were going on around our area (Earth Day Dallas, Taco Festival, Deep Ellum Art Walk…) Well Jason, my fiance, used to DJ and the record store two blocks over was having a “National Record Store Day Festival” So we went to check that out first and found out that if you purchase a $5 souvenir cup you get to drink beer for FREE….ALL DAY….come and go as you please!

Getting the party started

We were there on and off from 10am until 830pm so pretty much the rest of the day was out the window. It was a lot of fun and there were SO many great bands performing, they were giving away band stickers and posters and tees for free, there were food trucks out there……but I can only handle so much! Called it a night so I was prepared for SUNDAY.

So today I had to go into work from 830am until noon. We had about 20 volunteers from Fellowship Church Dallas come and pull weed, plant flowers and mulch the entire playground. We worked so hard and even endured pulling up POISON IVY! Which is scary because it was on the PLAYGROUND!

The rest of the day has been really relaxing…watching my obsession on Netflix “DR WHO” and cooking dinner. Thought I would be a little creative in the kitchen today and made up a dish of my own (can’t really claim it as my own…I’m sure others have made this or something like it) Below is the recipe, it turned out DELICIOUS and they whole house smells so good!

In a skillet add two tbsp coconut oil and peeled/diced sweet potato with a dash of cinnamon, red pepper flakes and a pinch of sea salt. Fry over medium high until potatoes are soft and brown color to them.

Add in the fresh spinach and cover so it can wilt down.

While it is wilting in a separate skillet brown the beef/turkey/chicken. Then drain and add to the sweet potato/spinach mixture.

Serve with brown rice on the side and ENJOY!

Had trouble getting out of bed this morning…could have slept for another couple of hours easily! I pulled myself up, threw some clothes on and ran out the door. I think i slept the whole time on my 1st bus this morning because I really dont remember it…at all lol :-p On my 2nd bus it was weird because I was the only one on it! No passangers…no DRIVER. I sat there for 20 minutes befor a driver got on. and during that time I managed to put my makeup on and get in a little facebook time.

Here I am now…awake and ready for the day! Today we have a walking field trip to a nearby park with all the children for an Easter egg hunt. This will be fun….and make the day go by alot faster! Double score!

Last night I made some AMAZING sweet potato and black bean burritos!

Cumin, Corriander, Garlic, and any spice you like…i did crushed red peppers and chipotle powder.

Peel and dice sweet potato and boil in salt water until tender. Drain and set aside.

While potato is boiling, dice up the onion and tomato.

In a pan sautee the onion and tomato in a drizzle of EVOO.

Add the can of black beans and the sweet potato to the mix along with spices.

Gently mash the burrito filling and fold in the cilantro.

Fill tortillas with the mixture, roll and place in a 9×11 baking dish and cover with foil.

Yesterday was a long day. I had plans for an awesome dinner but by the time I got home and settled in….chicken nuggets and crinkle fries it is!

I know that is a very poor food choice….I know I need to lose weight….i know these things.

To make up for it, tonight I will be making homemade Black beand and Sweet potato burritos! High fiber and Protien…low fat…just what my love handles need right now 😉

Now for a moment of “This just happened”

I was on the #26 waiting for departure and i kept hearing the sound of a soda can being opened…like three times in a row from the lady in front of me. A little curious I decided to stand up and streatch my legs. What do I see? This lady…had to be in her late 70’s early 80’s popping open beers and pouring them into a Big Glup 32oz styrafoam cup!!! She looks up at me and says with a grin on her face “What?” 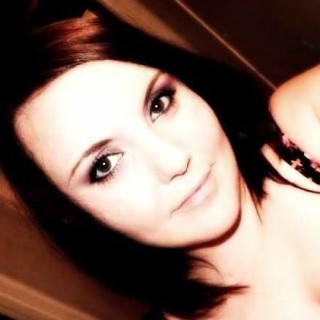